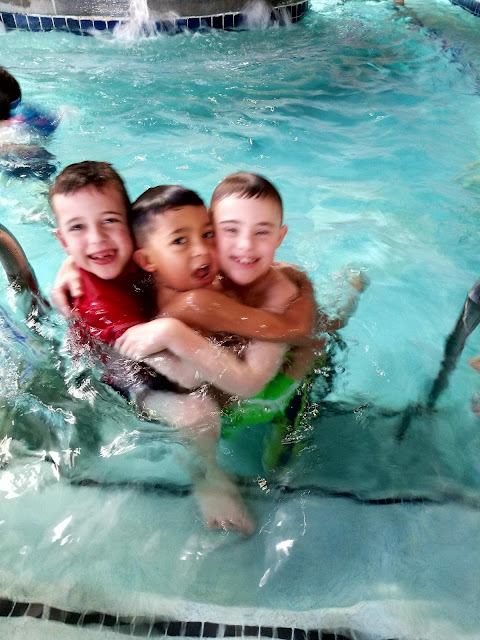 I want to give a huge shout-out to these really special boys, Mason and John Michael. 😊 Last weekend, while we all gathered together at Stoney Creek Resort, there were so.many.kids in the pool I mean srsly kids everywhere running, jumping and splashing around! It was madness!
It was wild, crazy fun.
It's easy for Nate to get left behind in these kinds of situations...he can't jump up and out of the hot tub and hurl himself into the pool and run around everywhere. 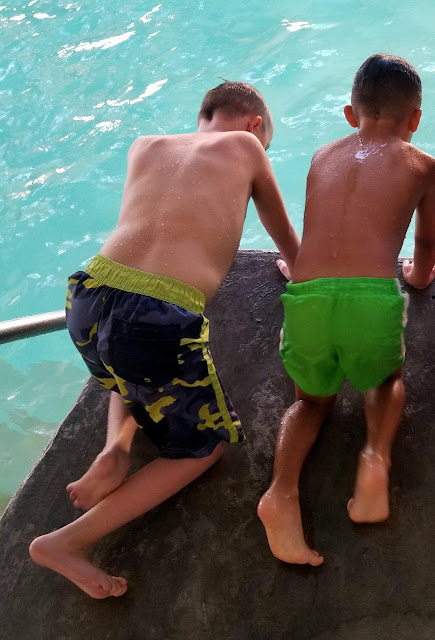 But these 3 boys became fast friends, and they never left Nate behind. John Michael was doing flips in the air and into the pool, and Nate wanted to jump in too. He got himself to the edge of the pool and not so gracefully, bellyflopped in.

So John Michael crawled right up next to him on the edge and counted them down, and they both berllyflopped in.
Honestly, I could have cried.

Awhile later, Mason and John Michael wanted to swim out to the deep end, go under the flap that led to the outdoor pool, and swim in there.
I was so scared!
I wouldn't let Nate go. (I wasn't in the pool)
So Nate stayed inside while the other two swam under the flap and outside.
Then I hear Mason calling from outside, "Nate are you coming?!"Again..(unexpectedly overwhelmed.) 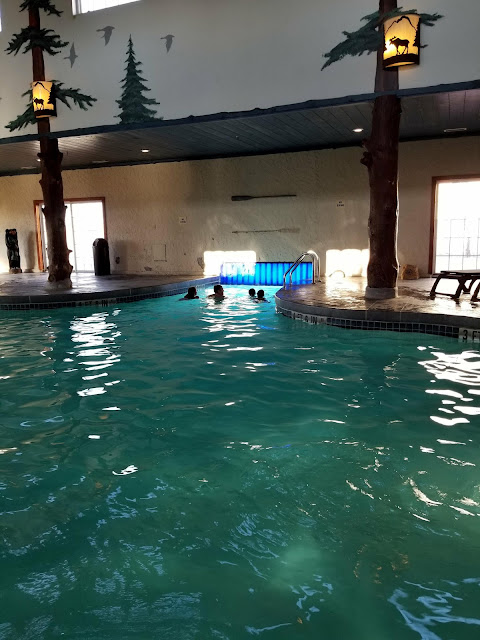 Not long after, they were all back in the hot tub playing "alligator" which turns out is basically a dunking game. *Me* (freaking- out-on-the-inside-while-trying-not-to-freak-out-on-the-outside) tries to *calmy* (gulp) tell John Michael that Nate can't do tha....juuuust about the time Nate springs up out of the water and dunks him back!
Ahhh!! Boys!!


These two are already showing early signs of integrity, of balance and strong character.  I've been in lots of places with lots of kids that give long looks and dont know how to act or respond. But not Mason and John Michael. It was a great weekend, but these little guys made this mama's heart burst, and their mama's (and daddys!) should be super proud! 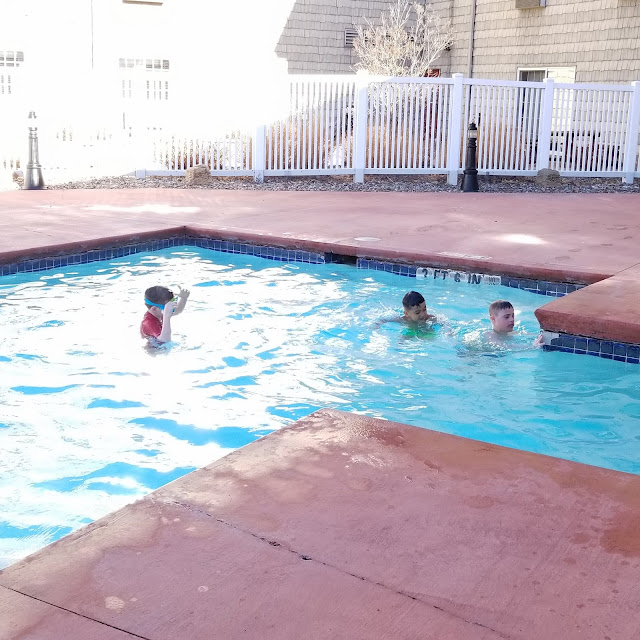 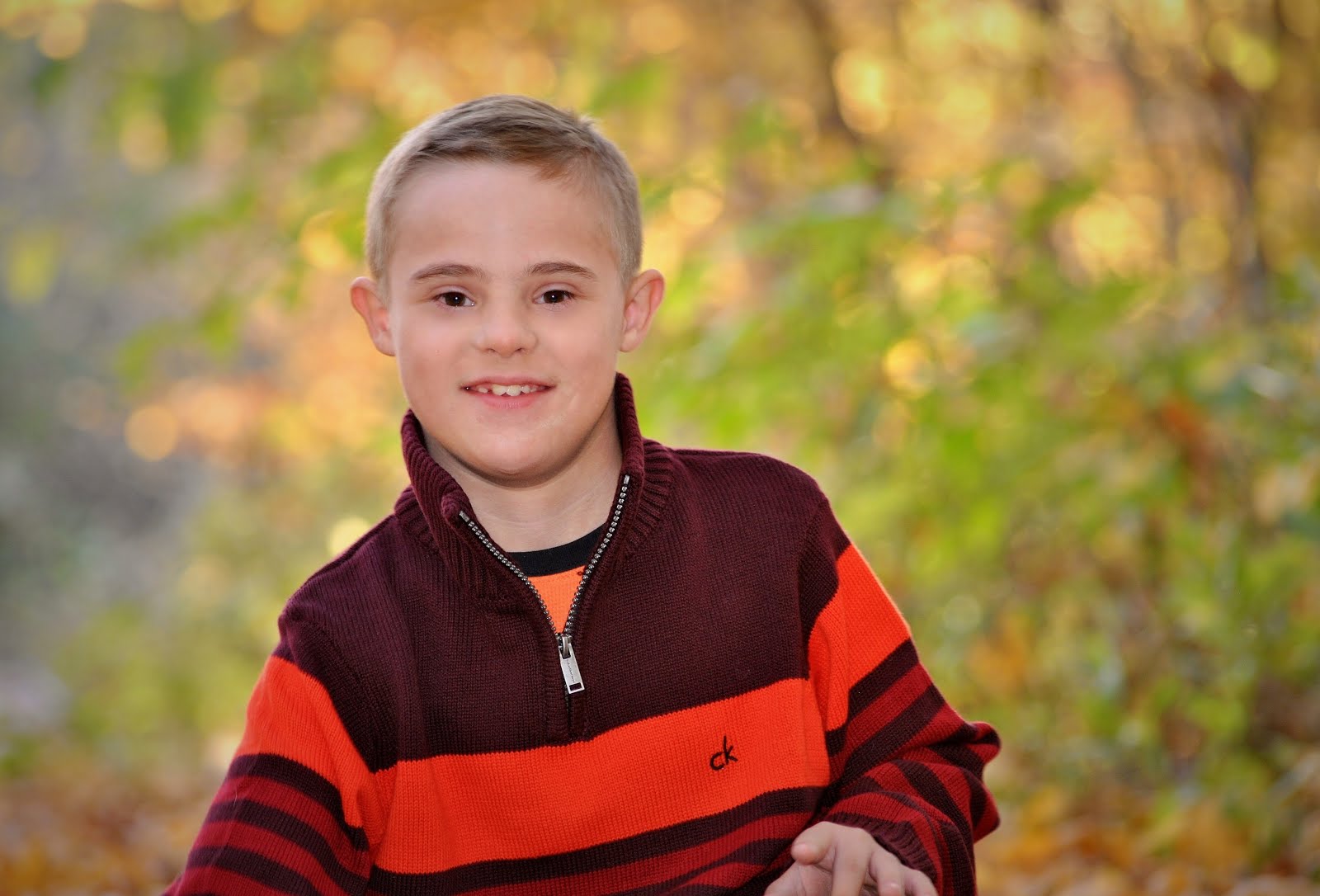 our youngest son born October 20, 2007. Nate was diagnosed with Trisomy 21 just after birth. He is the source of never-ending rivers of joy. I heard someone say on Christian radio recently that people who have special needs children will tell you that the day that child came into their lives, joy came into the home. I couldn't have said it better myself! Was his diagnosis easy? No...and was there great anxiety? Yes...but there is no doubt about it that God was nearer than ever before. In the summer of 2012, Nate was also diagnosed with Spinal Muscular Atrophy 3, a rare, genetically inherited neuromuscular condition unrelated to Ds. Jars of Clay have written "The Valley Song" from where the title of this blog comes from. There are no truer words to describe our family journey..."I will sing of Your Mercies that lead me through valleys of sorrow...to rivers of joy."

Welcome to Holland?? NO THANKS...